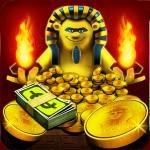 If you were locked in a pyramid, what would you do? Find the way out or discover the mysteries that people always talk about? Sadly, there is no way to get out of the pyramid, at least in a fun game called Pyramid Party at Y8y8 games. You can’t find a way to escape there but you can find tons of treasure chests. Then why not having fun? Here, you can compete against AI or our friend at the treasure collecting party. 1-4 players join a match. In a certain amount of time, the player who gets the most treasures is the winner.

The rule is simple. As soon as the match starts, all players appear on a randomly generated map. A treasure chest appears each time and the main objective of all of you is to collect as many treasure chests as possible. On http://m.y8y8y8.games/, just run toward the treasure chest by all means before one of your opponents gets it. A new treasure chest appears once a player gets the previous one. Along with that, the wall on the pyramid changes its position. They always change when a treasure chest is collected.

As mentioned above, you can choose to play with friend or AI and change the amount of time from several available options. It’s a fun party without drinks and music. Just 1-4 Egyptians try to collect treasures first. In terms of controls, there are 2 ways for you to choose. You can use a joystick on the screen or keys on the keyboard.

Choose the option that gives you comfort so you can get the most out of it. Have fun and don’t forget to explore more games. Some of the best options are Wild West Clash and Archer vs Zombies Among As.

How to play: Arrow keys to move.