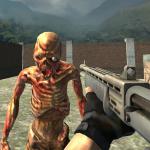 Special Strike Zombies is a great combination of shooting games and survival games in which you have to deal with various waves of zombies. You may have played several games with the same concept at Y8 shooter games. However, this one is sure to give you a different vibe. So what are you going to do? You have to shoot at every single zombie approaching you from everywhere.

With a gun in your hand, you have to protect yourself at all costs. You have only 100 HP in each level and you have to survive for 2 minutes. Yes, it’s your main goal. You don’t have to kill all zombies because you can’t. Instead, you fight and save your life from the attack of zombies and survive for 2 minutes in each stage. If you survive after time runs out, you can move to the next round.

So to make it, you don’t have to shoot at zombies all the time, you can run around to kill time and avoid getting damage. On http://m.y8y8y8.games/, to knock out each zombie, you’re better to shoot at their heads. A headshot makes them die forever. If you shoot at other parts of their bodies, you have to shoot several times. Besides, watch out for those zombies who are equipped with wea

While other zombies have to come close to you to bite, these zombies with weapons can attack you afar. Kill them first whenever they appear. Don’t enter the house because it is like putting yourself in a trap. You will quickly be surrounded by them and you can’t find any ways to escape. Break a leg and have fun with 2 of the best games: Angry Shark Miami and King Bowling Defense.