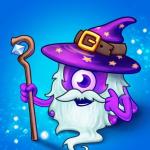 Your kingdom used to be a very peaceful place. One day, a group of monsters suddenly appeared and attacked. They turn people into slavery, invade the land, and do many evil deeds. As a king, you have to fight for your people and peace. In Heroes of Match 3 at y8y8 game y8, let’s use your wit and wisdom to sweep them out of your kingdom and make them disappear forever. You do it by match more than 3 identical items.

In each match, you have to defeat a group of monsters. You and each of those monsters have an HP bar. If your HP bar drops to 0, you lose and if the HP bar of each monster runs out, they lose but they will come back for other matches. Each kind of monsters gets damaged by a certain kind of item shown up near their HP bar. This is important because you are better to match a group of those kinds of items to kill those monsters.

On http://m.y8y8y8.games/, in the beginning, you fight alone but later on, you get help from some heroes. The heroes will appear when you match a line of 4 identical items. Each hero has a special skill to help you during combat. If you match a group of 5 items, you have a magic ball. This magic ball helps you collect all items of the same type on the game board. If you know how to make use of it, you can kill a monster with only one move. Be ready all the time because the fight becomes more challenging.

Enjoy and make sure you try other games on our site. There are so many awesome options available. Some of them are Millionaire Quiz HD and Adam And Eve Night.

Use your mouse to match a group of the same items.