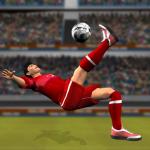 Who doesn’t like the king of sports? Football is loved by anyone, both male and female. Today, let us introduce to you a great football game about Bicycle kick named bicycle Kick Master Game that you can play for free at Y8 sports games. Yes, it’s all about bicycle kick. Here, your ultimate goal is to perform as many successful bicycle kicks as possible. If you are an inexperienced player, this is a real challenge. It’s an advanced football skill that not everyone can perform.

Besides, it’s difficult and dangerous. People also call a bicycle kick is an overhead kick or a scissors kick. You have to kick the ball in mid-air. It means when the ball is still in the air, you have to throw the body backward and kick the ball with the top of your foot to send the ball blasting past the goalkeeper. You can’t succeed on your first try for sure. You may have to practice for a while.

On http://m.y8y8y8.games/, you have to take action at the right time to do a bicycle kick. It’s best when the ball is above the player. If the ball is too low or too high, you miss it. Practice to find out when is the perfect moment to make the move. By playing, you will find out the way to master this advanced kick. You can find so many football games on our site but not many games that feature the bicycle kick.

So if you want to learn about and become a master o bicycle kick, this game is a must-play option. You will have a great gaming time here and in other awesome choices such as American Touchdown and Monsters Run.